Plants are metabolic champions. The plant kingdom synthesizes thousands of unique and bioactive specialized metabolites that have important roles in plant survival and often valuable applications for humans. Yet, this impressive metabolic machinery is still hardly exploited, mainly because of the limited molecular insight into plant (specialized) metabolism. Accordingly, understanding the biosynthetic networks and biological functions of plant chemicals is a major objective in current plant science. Nature has invented strict, yet not fully understood, regulatory networks that control plant metabolism. These networks safeguard plant fitness in a continuously changing environment. By investigating the reprogramming of plant metabolism by developmental and environmental cues, we aim to advance our fundamental understanding of the mechanisms that steer plant metabolism. We specifically focus on jasmonate (JA), the phytohormone that steers the delicate balance between growth and defense programs across the plant kingdom, including the production of bioactive specialized metabolites. Understanding when, where and why the JA signal is produced in planta, how it is perceived, how it interacts with other environmental and developmental cues, and how it is transduced to the onset of specialized metabolism will allow to capture the regulatory networks that steer the plant metabolic networks. In parallel, this will enable to unlock plant specialized metabolism for numerous human applications given that our findings serve simultaneously as a novel resource for engineering tools that will facilitate 1) the creation of (plant-based) synthetic biology platforms for the sustainable production of high-value plant metabolites and 2) increased crop productivity by improvement of plant fitness in a changing environment. 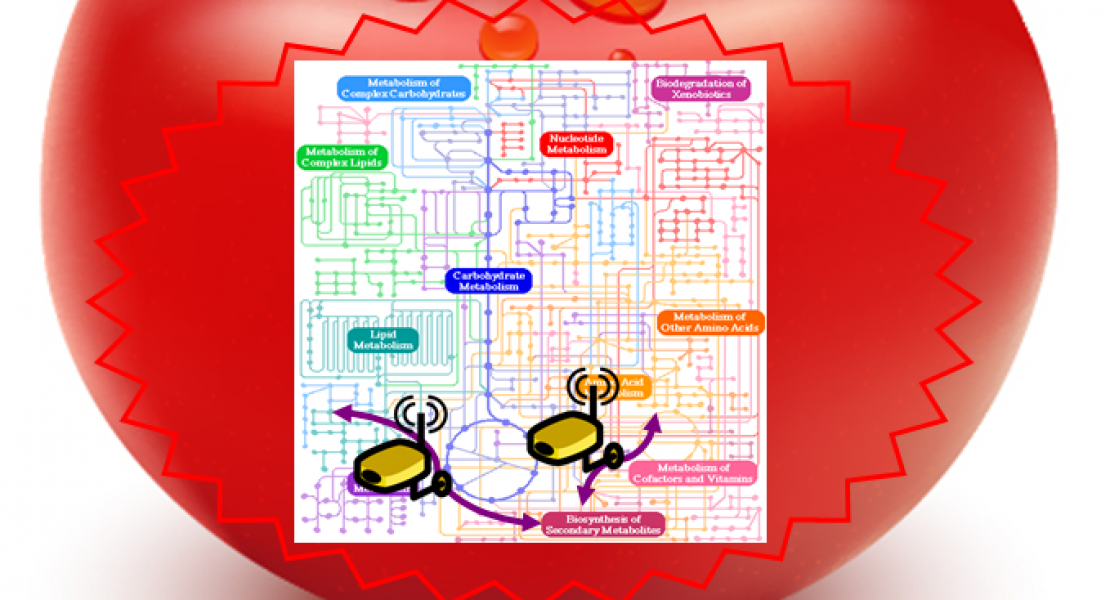 Given that JA is a universal elicitor of the biosynthesis of plant specialized metabolites, the research in my group focuses on the increasing of our understanding of the composition and functioning of the central module of the JA perception and signaling cascade, both in model plants, such as Arabidopsis thaliana, in crop plants, such as tomato, and in medicinal plants, such as Catharanthus roseus. It is generally accepted that the JA elicitor effect mainly relies on the transcriptional induction of species-specific metabolic pathway genes through a signaling network that involves a conserved JA receptor complex that perceives endogenously produced or exogenously applied bioactive JA, and a downstream compendium of conserved, species-specific and/or pathway-specific TFs that activate the transcription of the metabolic pathway genes. By implementing novel cutting-edge omics tools, such as single-cell RNA-sequencing, Y2H-Seq and a BioID (TurboID), we aim to address longstanding central questions in the field, such as how JA modulates growth in the notorious growth-defense trade-off or how JA activates specific metabolic pathways in a cell-specific manner. Using tomato in parallel with Arabidopsis as a model system allows us to address open questions on the targets, specificity, function, and regulation of the JA signaling cascade in a broader context.

Establishment of robust and sustainable production pipelines for plant bioactive metabolites is crucial for efficient exploitation, yet this is often hampered by the complexity of the molecules and their biosynthetic pathways. As such, the number of identified bioactive plant metabolites vastly exceeds that of those that are industrially exploited. Green chemistry via plant metabolic engineering can overcome current production bottlenecks if we find ways to increase our capacity to manage plant metabolism. Plants evolved strict, yet not fully understood, regulatory networks that control plant metabolism and thereby safeguard plant fitness in a continuously changing environment. JA is a central driver in these fitness programs. The challenge that we face, at least from a human perspective, is to gain control of such programmed fitness decisions, because they cause enormous, undesired fluctuations in plant metabolite contents. Hence, we require tools to rewire the regulatory networks installed by nature to our needs, namely towards the generation of plant lines with stable and superior metabolite yields. This is a challenge that we are taking up in our synthetic biology projects.

Understanding of the metabolic reprogramming of plant roots by rhizogenic Agrobacteria

Plant roots are continuously challenged by organisms living in their rhizosphere, such as nematodes, fungi and bacteria. Protein-Protein Interactions (PPI) are essential in the establishment of these relations. Within a large-scale UGent-funded collaborative project, we are using PPI platforms, such as TurboID and Y2H-seq that we developed for tomato, to map the PPI networks that determine the metabolic reprogramming of plant roots by rhizogenic Agrobacteria, which cause proliferation of so-called ‘hairy roots’ on infected plants. Hairy root cultures are proven attractive and cost-effective options for the mass production of high-value plant metabolites and can be grown in contained conditions, hence they represent an excellent fit to our general research aim. We particularly focus on the ‘oncoproteins’ encoded on the T-DNA of the Ri plasmid of the Agrobacterium rhizogenes K599 strain, which is also the causal agent of the crazy root disease that causes yield losses of tomato and other Solanaceae and Cucurbitaceae crops in greenhouses in Belgium and other European countries. It is astonishing how little actually is known on the function and activity of the oncoproteins of rhizogenic Agrobacteria. Besides filling longstanding gaps in our fundamental understanding of this plant-pathogen interaction, we anticipate that this research line will also yield novel insights into the regulation of plant metabolism and means to increase its exploitation. Eventually, this research may also generate novel targets for tomato pest resistance engineering and breeding.

Interaction between metabolites and proteins drives virtually all cellular regulatory processes within any organism as well as the interaction between different organisms. Recent reports highlight that numerous plant metabolites embrace multiple biological activities, beyond a sole role as substrates, products or co-factors of enzymes, or as defense or growth regulatory compounds. Though several technologies have been developed to identify and characterize metabolite-protein interactions, the effective and systematic implementation of such methods in the plant field remains limited. Therefore, we have installed a Limited Proteolysis Mass spectrometry (LiP-MS) platform for identification of metabolite-binding proteins in plants. We aim to extensively use and expand this platform to reveal hitherto unknown targets of plant metabolites with a signaling function, bioactive metabolites and xenobiotics. Thereby, we aspire to increase our fundamental understanding of plant metabolite-dependent regulatory networks and, eventually, also to empower agrochemical and drug discoveries.

Here is an overview of the international projects we are or were involved in.