Lieven De Veylder leads the Cell Cycle Group. Correct regulation of the cell cycle is of crucial importance during the development of all multi-cellular organisms. Although for all organisms it is the goal to divide only if the DNA has been replicated correctly and without damage, years of research have revealed many differences between the ways animals and plants control their cell cycle. The group aims to understand how cell-cycle control genes drive plant cell proliferation, and to elucidate how cell division control interacts with different aspects of plant development, such as morphogenesis, architecture and growth, both under control and stress conditions. Identifying the underlying mechanisms that control cell division might open opportunities to adjust plant size, yield, and architecture. 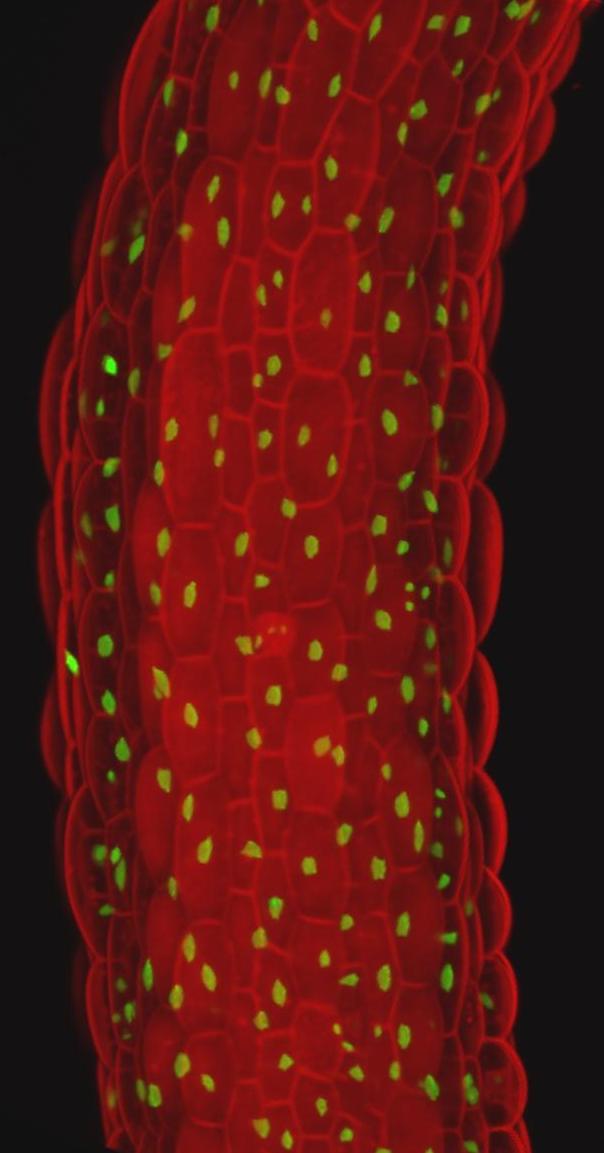 Injury-induced regeneration represents a self-preserving mechanism in most multicellular lifeforms. Depending on the species, the extent of regeneration is highly variable. Among metazoans regeneration is frequently restricted to tissue repair. Contrary, plants display an unrivaled regeneration capacity that not only restores damaged tissues, but can also give rise to whole plant bodies, allowing them to survive severe stress conditions, such as injury, herbivory attack, and dramatic weather conditions. In most regenerative systems, regeneration is controlled through activated cell proliferation in response to an injury-induced release of a mitogenic signal. However, the mechanisms by which cells in the direct vicinity trigger wound repair remains a major question in regenerative biology. In our research team we aim to address this topic on basis of the identification of a unique and novel plant regulator that is instantly induced by wounded cells and that plays an essential role in the replenishment of damaged stem cells, being a transcription factor nominated ERF115. Even as little as a single dying cell activates a rapid ERF115 response in its surrounding cells. Subsequently, it stimulates these cells to divide, in such manner replacing the damaged cell. Using these observations as starting point, we aim to understand the pathways that activate plant regeneration following wounding, and map the signalling cascades operating downstream of ERF115, knowledge that might help the regeneration process of recalcitrant crops. 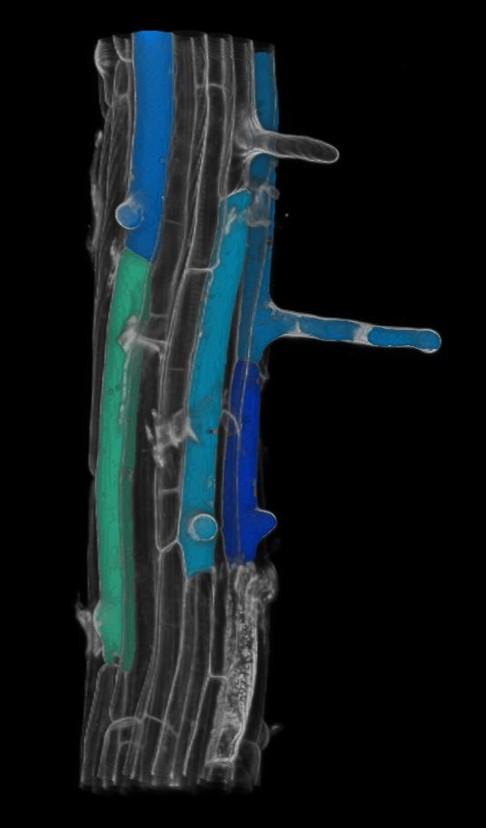 Genome integrity of cells is threatened by DNA damage caused by environmental and endogenous stresses. To cope with these stress conditions, cells have developed a set of surveillance mechanisms that monitor the status and structure of DNA during cell cycle progression. In fission yeast and mammals, DNA damage activates the signalling kinases ataxia telangiectasia mutated (ATM) and Rad3-related (ATR) that simultaneously turn on DNA repair complexes and arrest cell division, allowing cells to repair damaged DNA before proceeding into mitosis.

Because of their sessile lifestyle plants are more frequently exposed to adverse environmental conditions like drought, heat and toxic compounds in the soil, all of which can induce DNA damage through various mechanisms. Although ATM/ATR proteins appear to be conserved in plants, the downstream elements appear to differ significantly from mammals and yeasts. Through the use of both chemical and genetical screens we aim for the identification of plant-specific molecular components of the DNA damage signalling pathways, and subsequently study them to make plants more resistant to inhibitory growth conditions. In parallel, important signalling components are tested in maize. Using both in vitro and greenhouse experiments, these lines are tested for differential growth responses towards DNA damage-inducing environmental stresses and metals. Complementary, field trail experiments enable to test the impact of a natural environment on the growth of plants with impaired DNA damage sensing. Overall, we aim at a comprehensive understanding of the importance of DNA checkpoint control in maize under a natural environment at the morphogenetic, physiological, and genetic level, allowing to evaluate the possible use of checkpoint mutants to generate stress-resistant crops. 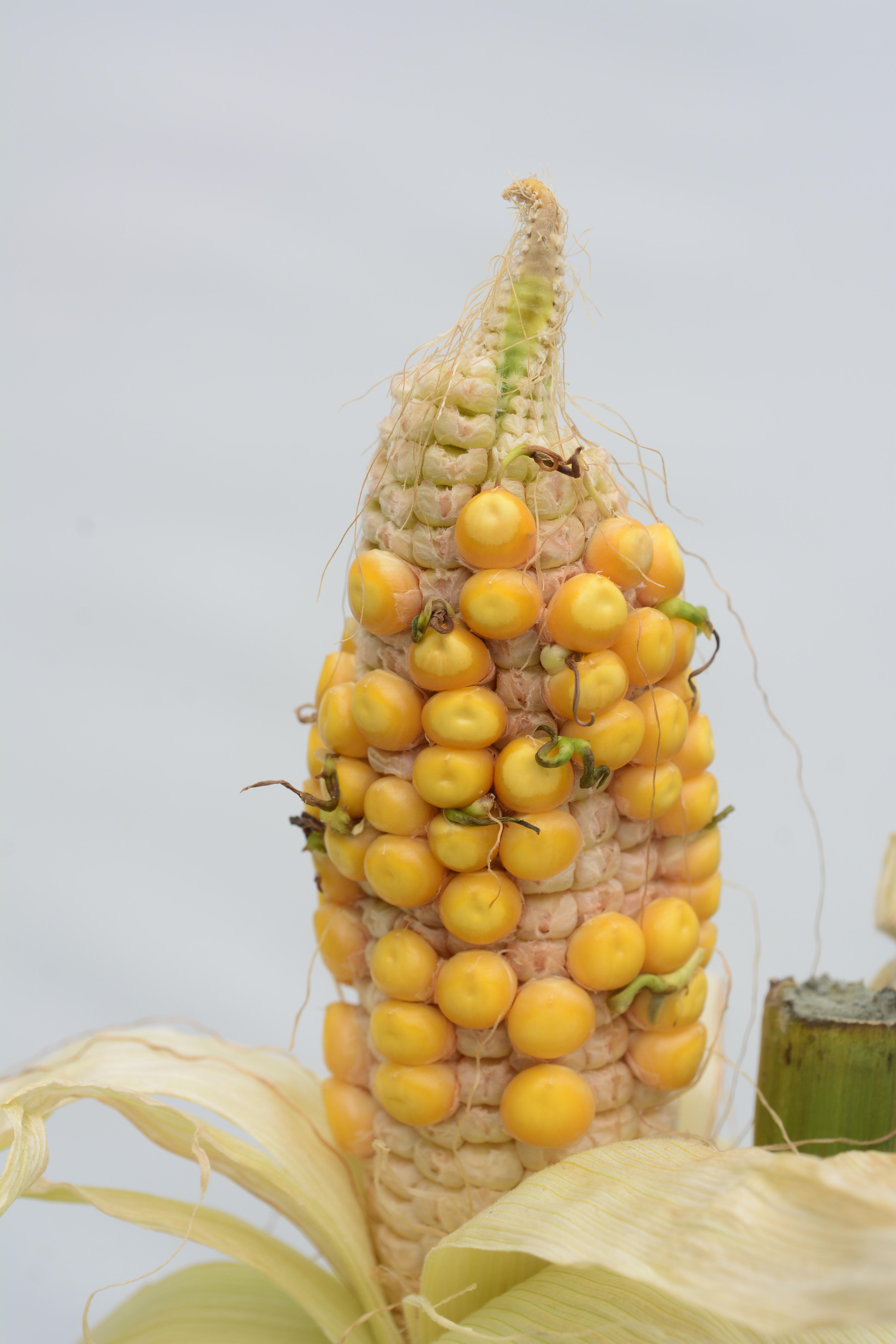 In many plant species, exit from the division cycle is accompanied by the onset of endoreplication representing a modified version of the normal mitotic cell cycle during which DNA is replicated without mitosis. Endoreplication typically occurs in large, metabolically active, and highly specialized cells, although it can be found as well in cells that do not match this description.

Mitosis, or cell division, involves a duplication of the chromosomes of the mitotic cell, which are subsequently distributed between two daughter cells. Contrastingly, endoreplication involves chromosomal DNA replication without intervening mitosis or cytokinesis, leading to an increase in the ploidy level. Mitosis and endoreplication are thus two different paths a cell can follow during the cell cycle. The process of endoreplication is widespread among eukaryotes, although most prevailing in plants. However, despite its common nature, the physiological role of endoreplication is poorly understood. Often a correlation between the DNA content and cell size is observed, but this relationship is not universal. Other hypotheses link endoreplication with metabolic activity, maintenance of the optimal ratio between nuclear and organellar DNA, or protection against stress. Additionally, the endoreplication process probably plays an important role in the differentiation of post-mitotic cells, as endocycle onset often characterizes the switch between cell proliferation and differentiation. As such, comprehending how cells start to endoreplicate might help to understand how cell cycle exit is initiated.

Our molecular analyses indicate that the onset of endoreplication is controlled through a robust network, including the involvement of positive and negative feedback mechanisms. Currently, we use key regulators of this network to perturb endocycle onset in a tissue- and cell-specific manner, followed by a comprehensive analysis of the effects on plant growth under control and stress conditions. The results of this project may eventually result in the development of new strategies to cope with yield losses induced by environmental stresses.